The call for proposals for the Industry, Energy, and Emerging Technology sector ended last 31 May 2020 with a total of 397 submissions. The data from the DPMIS showed that majority of the proposals were received on the last week, with almost half of the total submitted during the last day, and more than a quarter on the last 6 hours. 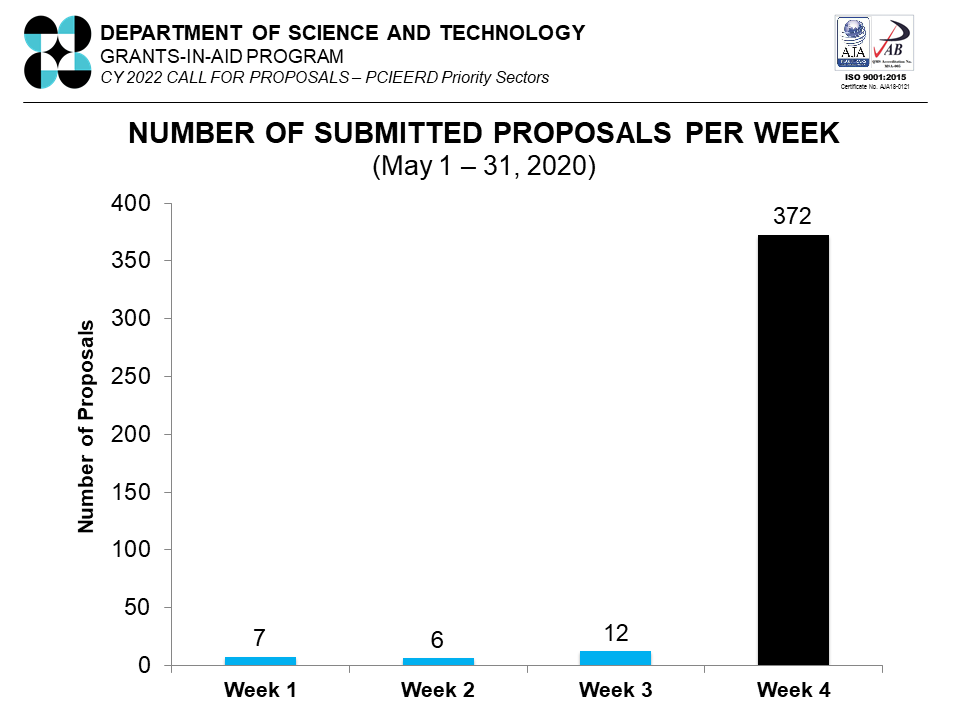 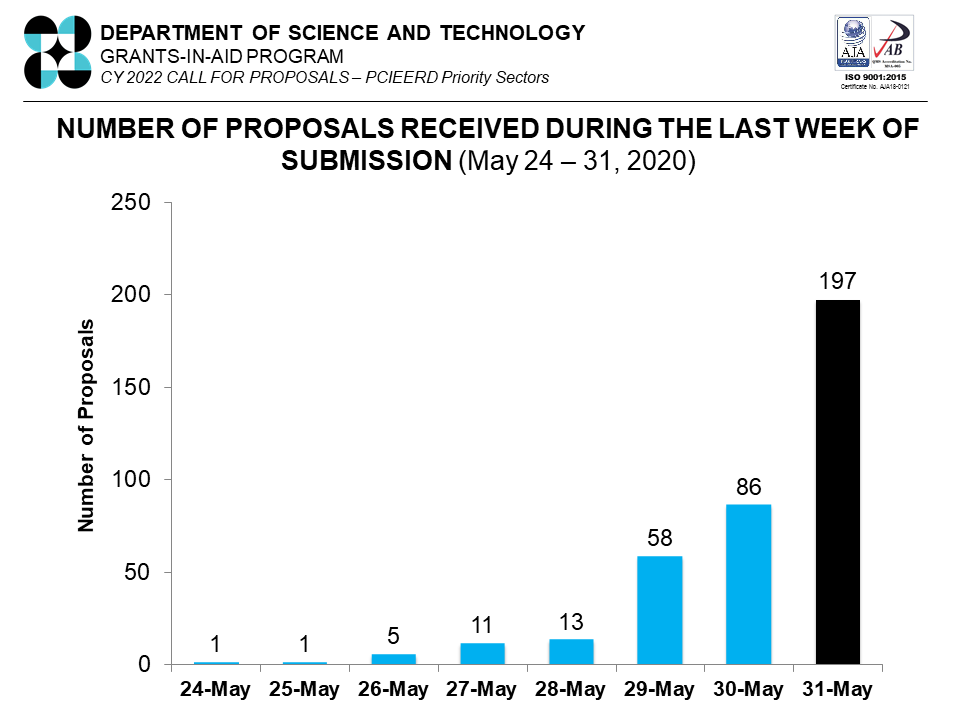 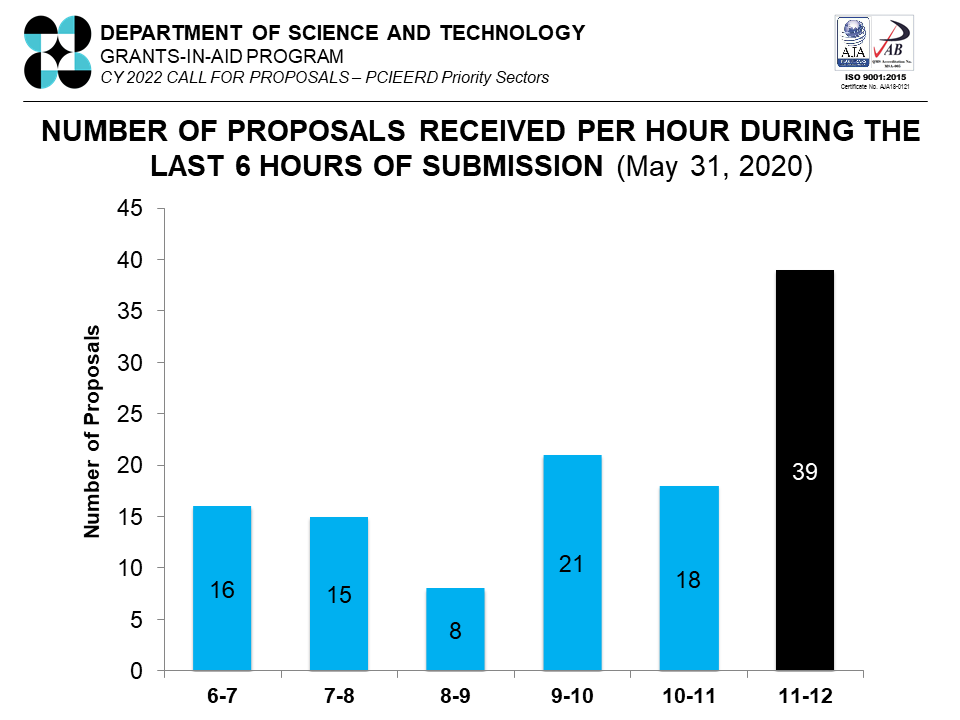 Further, the data revealed that majority of user registrations were made in the last week of the call, which may account for the last day submissions of proposals. 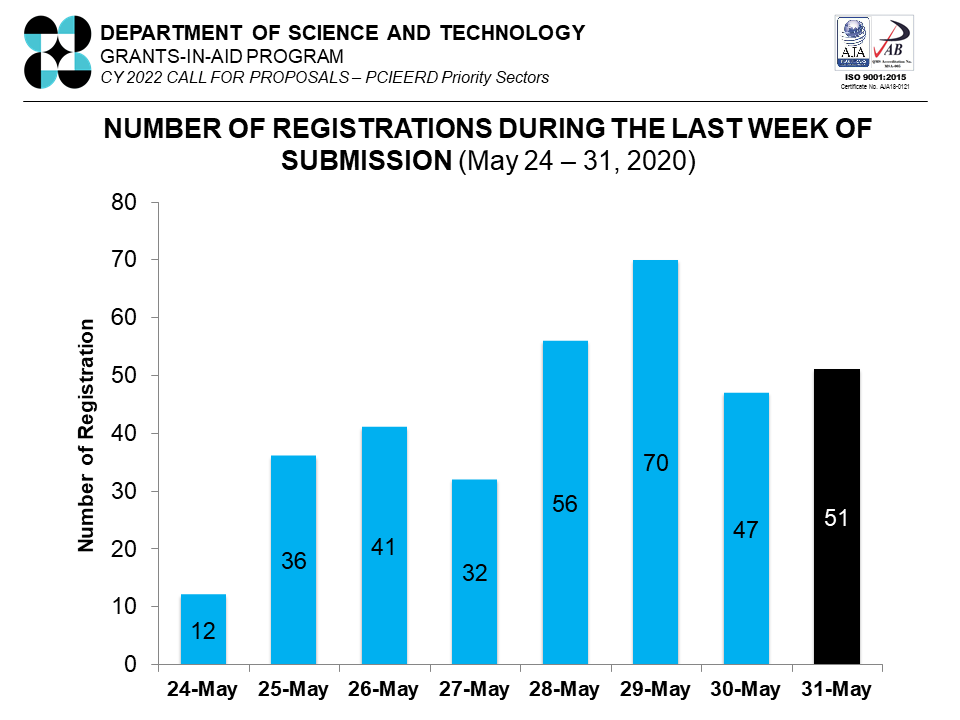